Now that it’s almost summer, people are going to start heading outside. Which is a great thing! Read over these safety tips for cyclists, pedestrians and drivers for a more bikeable, walkable Delaware. 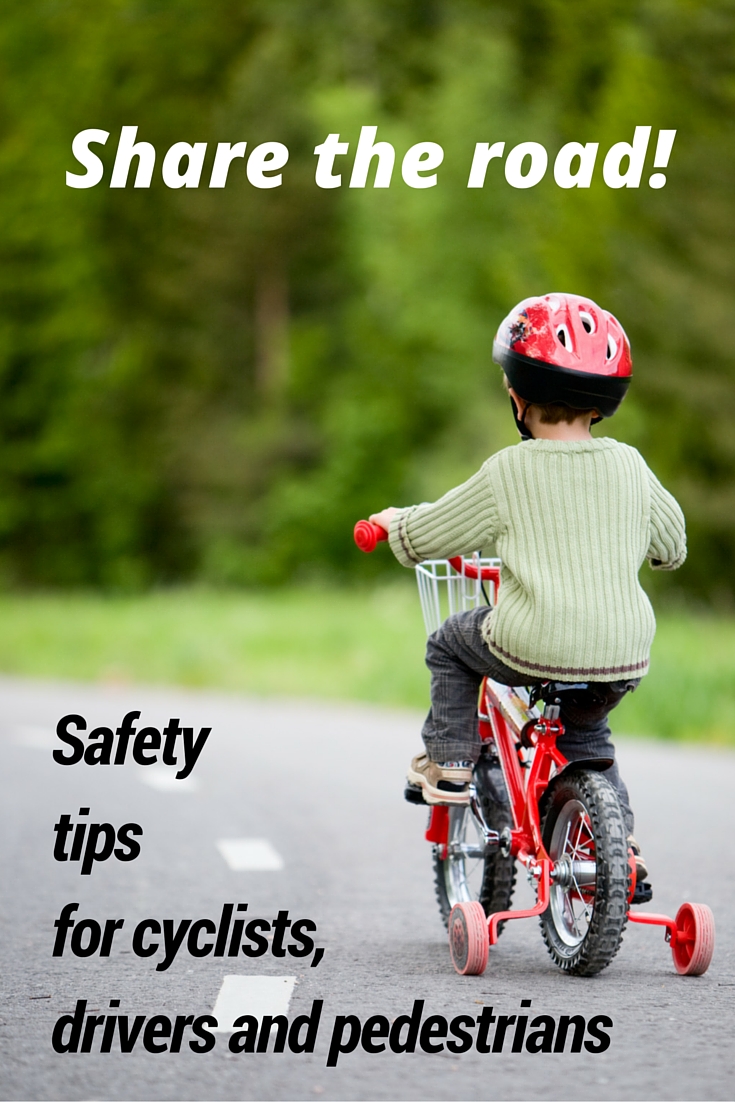 Did you pedal in this morning for Bike to Work Day? The good news for local bicyclists is that the League of American Bicyclists ranked Delaware as the third most bike friendly state in 2015.

Meanwhile, the bad news for those looking to take a nice long walk is that the 2015 Governors Highway Safety Association report placed Delaware third for pedestrian fatalities in the first half of 2015.

Let me tell you something: I live right off White Clay Creek State Park and I live in a constant state of terror on behalf of the cyclists and pedestrians headed for the trails on these back roads. It’s like no one has any common sense or aspirations of self-preservation. A third of bike-related injuries are caused when the cyclist is hit by a car (12% for pedestrians) and those generally aren’t the type of injuries you bounce right back from. And while injuries involving cars are more likely to happen in cities because they’re more populated, it’s on the backroads that those accidents are more likely to be the most damaging if not fatal.

That shouldn’t discourage you from hitting the roads on two wheels or on foot, though! Aside from the health benefits of exercise and being outdoors, the fact is the more people we have walking and biking, the more safe the roads will become for pedestrians and cyclists. Laws and safety measures and lane changes don’t happen for a very few, they happen when more and more people use the roads and ask for increased protection. And drivers will be more careful when going through areas where encountering people is the norm.

Anyway, here’s a quick brush-up on safety tips for cyclists, pedestrians and the motorists sharing the road with them: 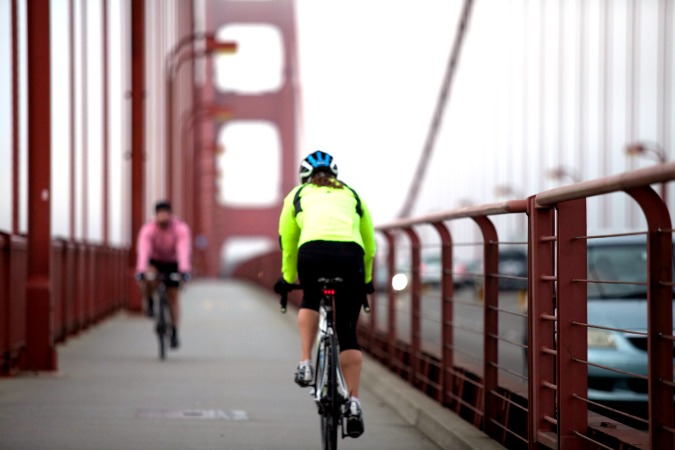 Wear bright clothing, use a headlight, and don’t ride against traffic. The number one thing is for you to be seen. Motorists are concentrating (hopefully) on the actions of the cars ahead of them and may have a mental “blind spot” that you need to penetrate. (Which reminds me: don’t ride in cars’ blind spots, either.)

When you ride against traffic, it can be hard for drivers to gauge your speed relative to their own when you’re going to arrive in the same space that they’re in. Most people haven’t really thought about physics since high school. Don’t make them do mental math when they’re driving, it’s not likely to be accurate. One study found riding against traffic to be three times as dangerous as doing it the right way.

Don’t ride at night, or at least get a rear light. That’s in addition to your headlight. Again, you need to be seen, and your relative distance and speed are more difficult to determine at night. A rear light will help with that; I’d advise a steady light as opposed to a blinking one, which is super distracting.

Never assume a driver sees you. There’s that mental blind spot thing, and there are the idiots who insist on glancing at their phones during every free second. This goes double, triple, quadruple if you’re at a stop light or sign. Be certain they see you and not their phone before you go.

Don’t go zipping through intersections. There is an intersection here just before the park where one road has a stop sign and the other doesn’t. The non-stop sign road is at the end of a fairly steep downhill and bikes come flying through that intersection, which is ridiculous because a) there’s no guarantee drivers crossing over will stop b) even if they do stop, they might not see you up the hill or realize you have the right of way c) deer love to cross there and could cause you to veer into an oncoming car. I get it, downhills are fun and it’s nice to ride out the momentum, but please be sensible.

Wear a properly fitted helmet, don’t wear headphones, check your brakes/tires/chain before you start out. This should be obvious and I feel silly even typing it.

Tell someone your general route and when you expect to be back. Just in case.

Carry ID and have an emergency contact clearly labeled and accessible on your locked phone. Just in case.

Carry a bike repair kit and learn how to use it. Just google “bike repair classes Delaware” to find out where classes are held around you; usually they’re offered at bike stores, community centers or at colleges. Around here you can go to:

Consider calling AAA. Did you know AAA Mid-Atlantic offers bicycle roadside assistance? I did not. So, AAA members receive four service calls per year, per person with their membership (five for Premier level), but those aren’t just for cars. Bicycle roadside assistance service is included in all levels of AAA Mid-Atlantic membership. It doesn’t cost extra; a bicycle service call just counts against your allotted calls for the year. They won’t be able to do the repair for you, but it’s reassuring to know you won’t be stranded. 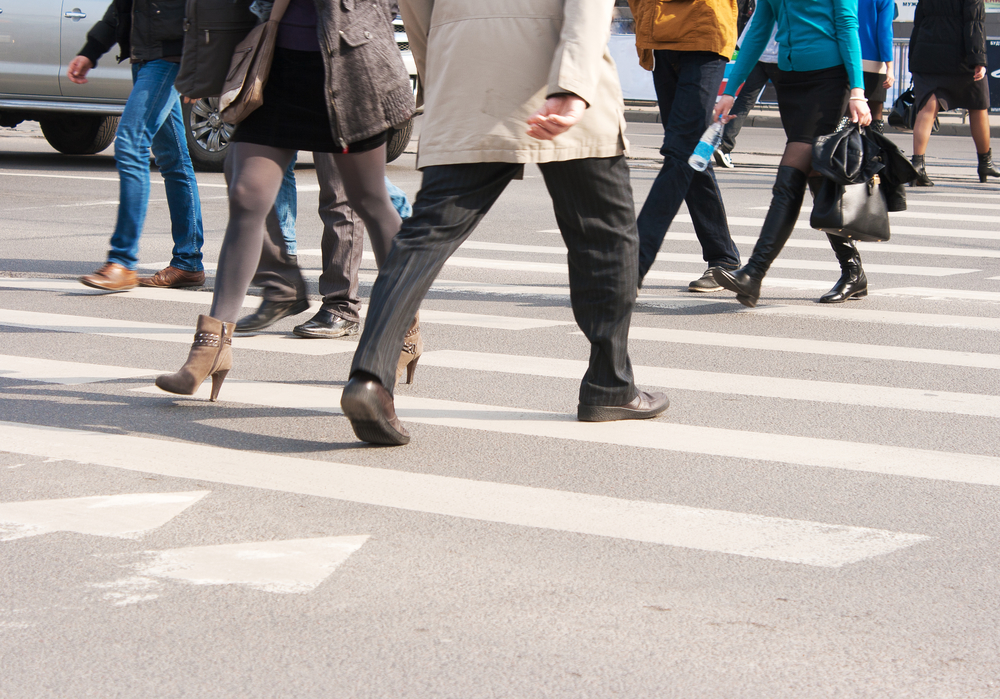 Stay where drivers expect you to be. If they’re available, walk on sidewalks and cross in crosswalks. Use intersections with traffic signals. Don’t jaywalk, don’t take a year to cross and seriously don’t dart out from between cars.

Don’t assume drivers will yield to you in a crosswalk, especially if it’s not at an intersection. In my experience, maybe one in 20 will actually stop to let you go. Yes, I know they are supposed to. They don’t.

Walk facing traffic and make sure you can hear. This is more important when you’re forced to walk on the road, but it’s important to be aware of cars coming up and how fast they’re going, even on a sidewalk. Leave an earbud out or keep the volume low if you’re wearing headphones.

Make sure you can be seen. It drives me nuts when people are walking with traffic, wearing all black, down a poorly lit road. No one can see you that way. If a driver’s going around someone turning left or shifting to the shoulder for a right turn— which they shouldn’t be but you know everyone does it— they won’t notice you until they’re right on top of you. Carry a flashlight. Wear bright or reflective clothing. Buy your kids those light up shoes.

Don’t get loaded and then decide to walk home alone. Your judgment and balance are impaired.

Keep your eyes on the road, not on your phone. Gah. Another one that shouldn’t have to be said. 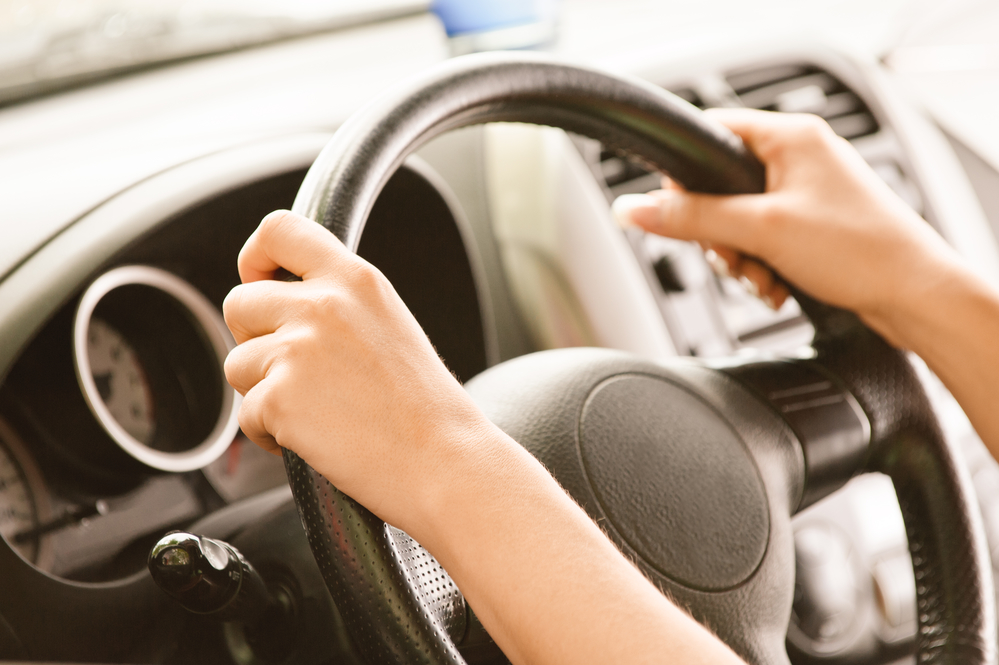 Bicyclists and pedestrians have just as much right to be on the road as you do. That means NOT getting right on their rear until you have room to pass, NOT aggressively passing super closely, and NOT honking or yelling. It’s common courtesy, for pete’s sake. AND a 3-foot passing distance IS THE LAW. Do you really want to chance accidentally side swiping someone?

Pedestrians have the right of way. Period. Hitting someone and saying “well he shouldn’t have been there” isn’t going to assuage the guilt of killing or horribly injuring someone.

Slow down for crosswalks. Remember, pedestrians have the right of way. They step into that crosswalk, you need to yield. And you can’t do that if you’re going full speed.

Put your phone down. Face down, preferably. Even glancing over to see who just texted you means seconds where you’re not paying attention to the road.

Don’t drive under the influence. Obviously.

Good! Now get outside!