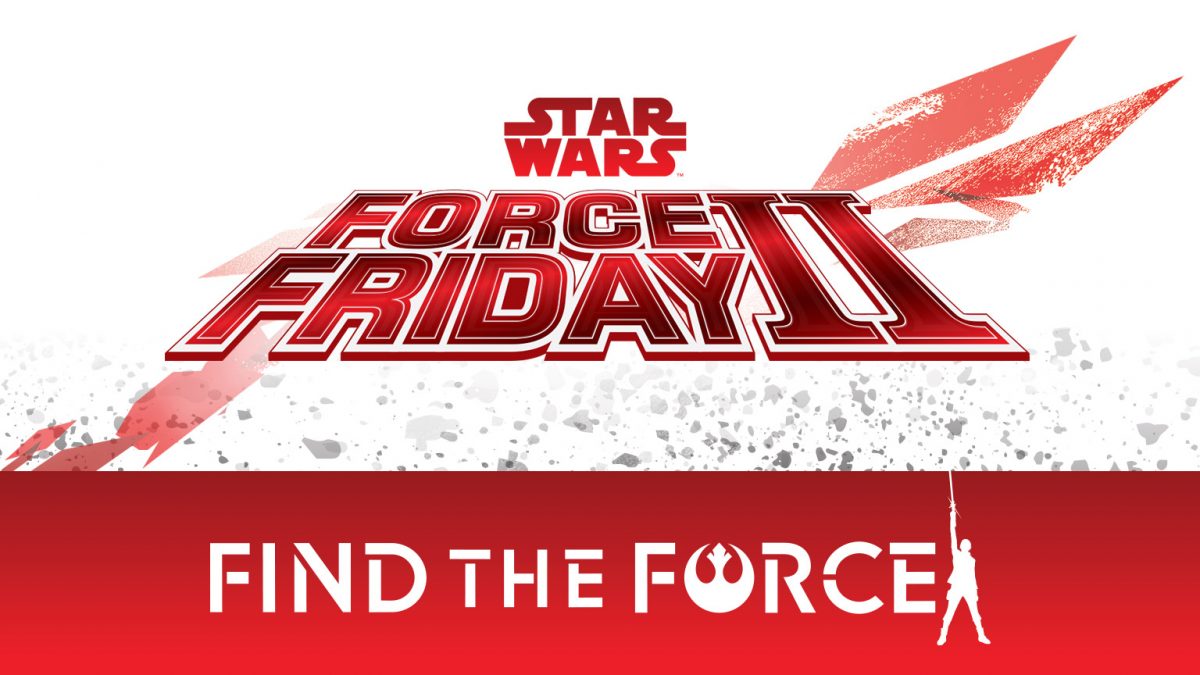 Star Wars fans have been patient. Know one who is ready to commemorate the worldwide launch of new products inspired by Star Wars: The Last Jedi?

When fans shop at participating locations for those new The Last Jedi products—we’re talking 20,000 locations across 30 countries— they can battle against the dark side via augmented reality (the experience will be featuring Star Wars characters, including fan-favorites and new surprise additions from the film).

“Force Friday II is a major milestone in the countdown to Star Wars: The Last Jedi. Star Wars has always championed new technology, and we are excited that augmented reality will allow fans to experience the universe in a whole new way”

From September 1st through 3rd, fans can Find the Force by taking part in an AR treasure hunt. Here’s how it works:

Get more info about Find the Force, plus check out a how-to video at www.starwars.com/findtheforce.