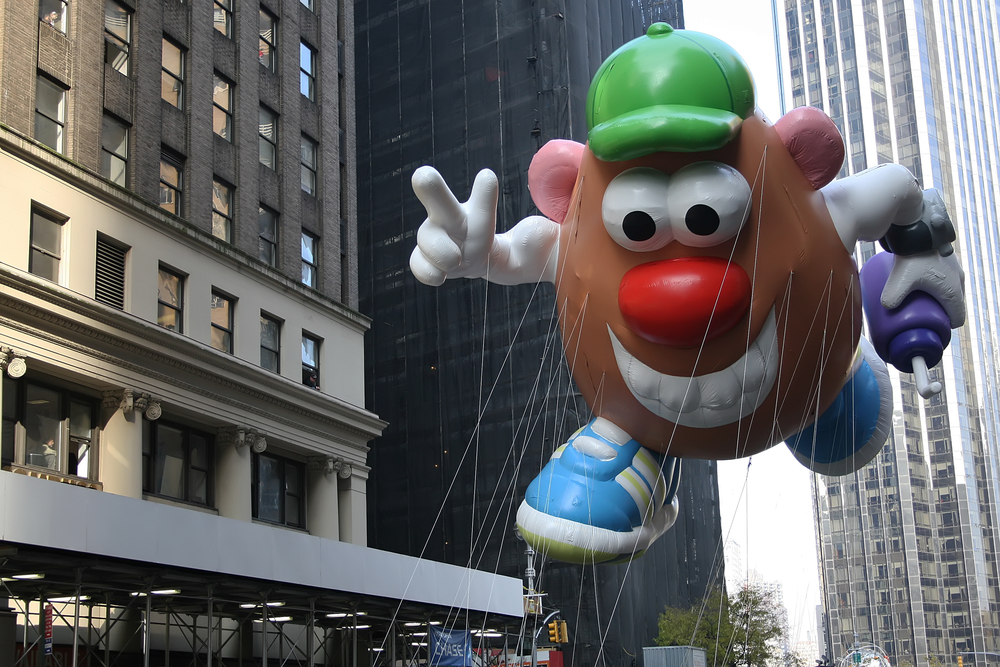 Is Mr. Potato Head part of the Philly Thanksgiving parade? I’m not sure.

Admit it, you watch the Thanksgiving Parade every year on TV, just like you watch the Mummers on New Year’s Day. It’s a tradition.

Ever wanted to be a part of it?

It’s only just gone April but planning for the 97th edition of the 6 ABC/ Dunkin Donuts Thanksgiving day Parade is already underway. It’s a huuuuuuge endeavor once you stop to think about it; it requires TONS of people to help make it happen. It’s amazing that it goes off so smoothly year after year, and it’s thanks to the people who give their time, expertise and enthusiasm on a holiday. Hooray for volunteers!

The parade is looking for volunteers for this Thanksgiving! A call has gone out for:

ALL VOLUNTEERS (clown, banner carrier and float escort) must be 14 years of age or older to apply; balloon handlers and Executive Volunteers are required to be at least 18. These age requirements will be strictly enforced.

Note that the volunteer office will not be opened until October 1st but volunteer registration has been opened to the public— meaning you’ll receive an automated email confirmation but you won’t be able to contact the office until the fall.

Mandatory training sessions/meetings have been scheduled in November for those who register as balloon handlers and Executive Volunteers, so take those into account when signing up.

Get all the details and register as a volunteer for the 97th edition of the 6 ABC/ Dunkin Donuts Thanksgiving day Parade here.