Movie theaters are beginning to release their discounted summer movie schedules for kids! It’s worth it just for the air conditioning if you ask us. Here’s the schedules for Penn Cinema’s, Regal’s and Cinemark’s $3 and $1 summer kids’ movies 2016. Keep in mind that tickets will go fast and theaters will fill up quickly, so plan on arriving early.

You can click through each of these links for a printable list of movie showings to keep on your fridge: 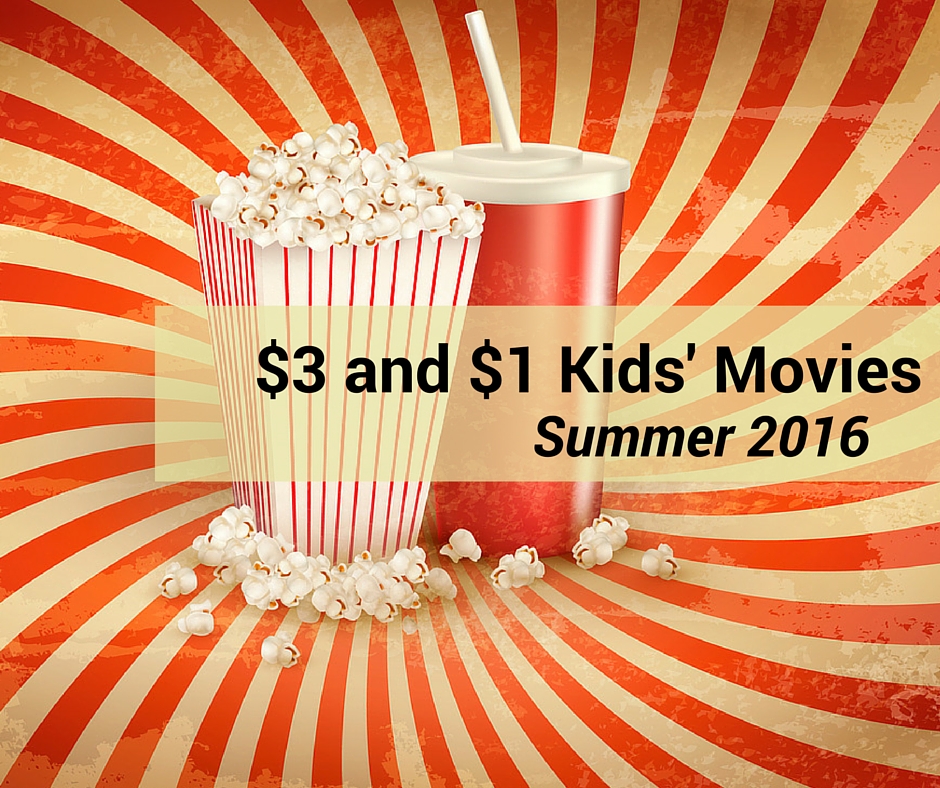 Family movies, rated G or PG, playing on Tuesdays and Wednesdays for nine weeks of summer. Summer Movie Express tickets are just $1 and will be sold at the box office. Both movies listed for each week play on both days at 10am. As of right now, it looks like this is happening at Regal Peoples Plaza ONLY this year (not Brandywine).

A portion of the proceeds goes to the Will Rogers Institute. With a Regal Crown Club membership you should be able to get 50% off any size fresh popcorn with a paid admission on Tuesdays or receive one free refill when you buy a large soft drink and/or large popcorn.

All films are rated G or PG. You can buy tickets for $1 at the box office on the day of, OR you can buy a ten-show punchcard in advance at the box office or online for only $5. I can’t think of any reason not to do that if you’re local to a Cinemark location (Newport or Christiana Mall); it’s dirt cheap and you can bypass the ticket line, although you’d still need to show up early to get good seats.

Visit the website for a printable flyer of the schedule, which includes a coupon for $1 off a movie snack pack.

May 25th: Shaun the Sheep

July 27th: Norm of the North

July 26th: Norm of the North

Wednesdays at 10am. The movies being shown at Penn Cinema Summer Kids Camp cost $3 per ticket and can be purchased in advance online.

June 29th: The Spongebob Movie: Sponge Out of Water

Don’t forget to check with your public library, many of them have movies for free!

AMC theaters aren’t doing a national program but it’s possible individual theaters will plan their own discounted showing schedule. I’ll continue to update this page as more info rolls out, so keep it bookmarked or check back in June.