Everyone’s favorite mascot is coming to Newark DE in August. 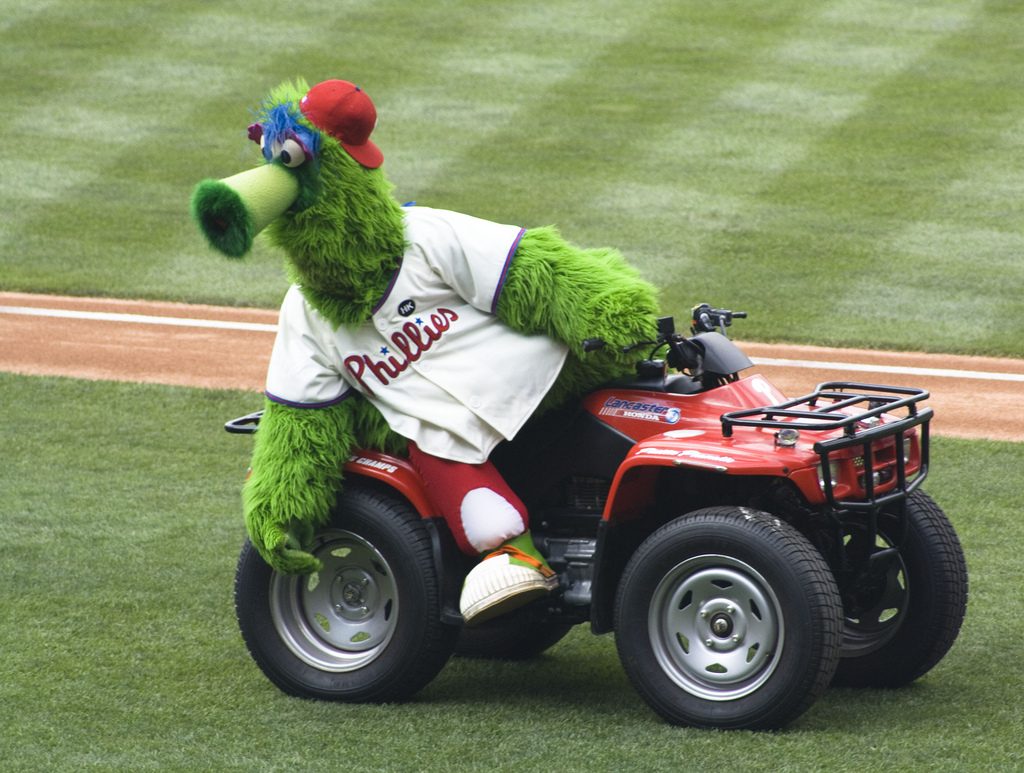 Sometimes I feel bad for people who don’t live in or near Philly. I suppose other cities have their rabid sports fans too, but do they have a Phillie Phanatic?

The Phanatic, while speciously ambiguous (is he… a bird? An aardvark? All we know is that he came from the Galapagos Islands), is universally loved. He is hilarious. He can dance. He looks good in a dress. He represents everything that is good about Philly and about baseball. And it doesn’t matter who you are, how young or how old, or how bad the Phillies are currently playing (it’s pretty bad right now, alas), it’s always awesome when you get to hang out with him even if only for a second.

Anywayyyyy if getting to Citizens Bank Park isn’t happening for you this year, you can see the Phillie Phanatic here in Delaware. He’ll be co-hosting a community event with the Newark Police Department (NPD) at the NPD Community Policing Center on Wednesday, August 9th from 6 to 7pm. The Phanatic and officers will pose for pictures and conduct “foot patrol” to engage with visitors downtown.

The NPD Community Policing Center is located at 134 East Main Street in Newark. Have fun and share any photos with us on our Facebook page!