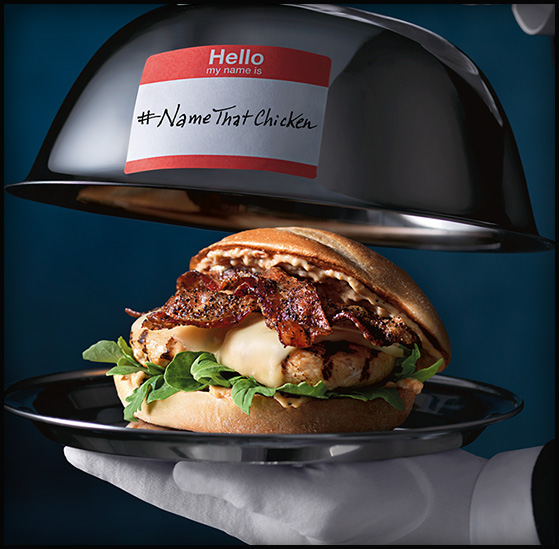 ‘Tis the season… for a free #NameThatChicken burger from Red Robin!

That is, IF you share a name with a certain jolly old elf (or his saintly predecessor).

Those whose names are derivatives of Santa Claus or Saint Nicholas can enjoy a FREE #NameThatChicken burger at Red Robin on Thursday, December 10th. That means if you’re named Christopher, Christine, Nicole or Nicholas (or a derivative thereof) you’re in luck! I imagine anyone named Klaus would skate by too. You’ll need to verify your “Santa status” with photo ID at the time of purchase.

The idea is that the #NameThatChicken burger has gone by many names, much like the man in red, as a result of the naming contest Red Robin has been running since October. Submit your idea for what they should call that chicken burger here. If it’s chosen, you and a friend eat free for a year.

Double up on the savings if you have a hungry kid 11 and under: the bottomless Mac It Yours and Swirly Twirly Pasta entrées have returned to the children’s menu thanks to popular demand.

Delaware locations of Red Robin are: in the Christiana Town Center (where the DSW and Old Navy are), in Glasgow at People’s Plaza, and in the Brandywine Town Center on the Naaman’s Road side.

I haven’t been to a Red Robin in years but I do love a good burger. What’s the best thing to order there?