What’s a good way to get the kids outside and moving? A new ball is almost always a good answer to that question. Check out our Super Wubble Bubble Ball review and enter to win one of your own. 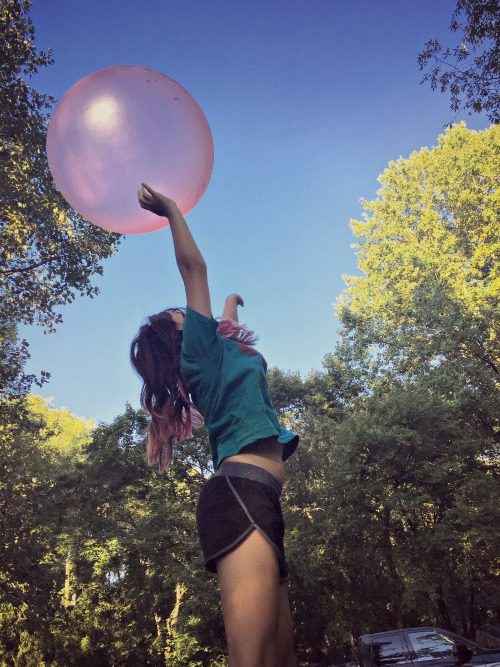 I’ve written before about the only five toys any kid really needs, and #1 is a ball to kick or throw. It seems obvious when I type it, but I don’t think we often consider that unlike many toys, balls are honestly fun for all ages. I don’t mean sports: your ability to block a soccer ball sailing high or put a perfect spiral on a football isn’t coming into play here.

I mean rolling a tennis ball back and forth with a one year old is just as entertaining and fulfilling for me as it is for my niece. I mean a game of catch is good for everyone’s soul. I mean going out for a game of kickball can include changing up the rules so everyone is on equal footing, which is also a nice opportunity to practice social skills, taking turns, fair play, sportsmanship, creative thinking. 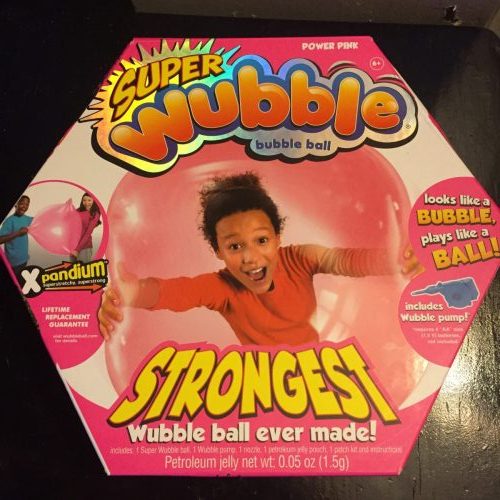 Now, a new ball is pretty much a guaranteed recipe for fun, especially when it’s huge. I broke out the new Super Wubble Bubble Ball that I’d been sent for review while babysitting and it got everyone outside waiting for their turn: from a preschooler to my 16yo to even my husband.

First, there was the excitement of blowing the thing up. Was Aunt Robin up to the task?

As it turned out, nah. Even after applying the included petroleum jelly onto a not included cotton swab and lubing up, I couldn’t get the pump nozzle to inflate the ball. My husband took over and it worked fine for him. 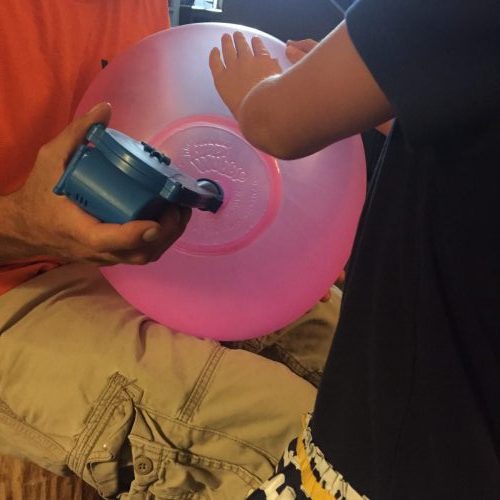 Like the original Wubble (named the #1 Selling Sports Activity Toy for 2015 by the NPD Group) the new Super Wubble is soft and squishy, lightweight and wobbly, and can be inflated to gigantic proportions (recommended no more than a 30″ diameter). It uses a new top secret Xpandium material, which makes it up to four times stronger and more tear-resistant than the original, but comes with an emergency patch and lifetime guarantee.

Naturally, the first thing everybody does is test how unbreakable the thing is: sitting on it, rolling on it (I thought for sure somebody was going to faceplant rolling on it), bouncing it as hard as possible, kicking it as far as they could. 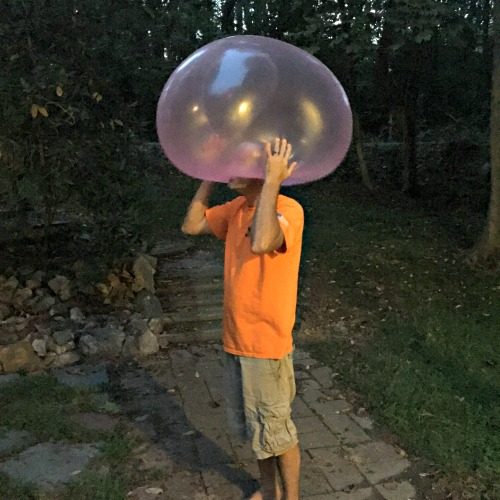 When he let go, it flew up into the air with a very satisfying bwoooonnnnnggggggg

When playing with smaller kids, I’d recommend trimming nails/buffing out sharp edges and demonstrating an open hand grip on the sides of the ball. Because of its size, littles want to grab onto the ball like it has handles and that’s asking for it to pop. In addition, you’ll want to take common sense measures like clearing your yard of sticks or sharp rocks or whatever. The Super Wubble Bubble Ball is stronger than the original, but it’s still made of a flexible material that’s not ideal for concrete, gravel or a bed of tacks.

Playing catch or soccer or monkey in the middle with a Super Wubble Bubble Ball is hysterical for everybody because it’s nearly impossible to throw/kick accurately or precisely predict where it’s going to land. Maybe over time you get better at it, but in the beginning it’s a fairly level playing field. It’s just chaos and a whole lot of laughing and jumping and running around. 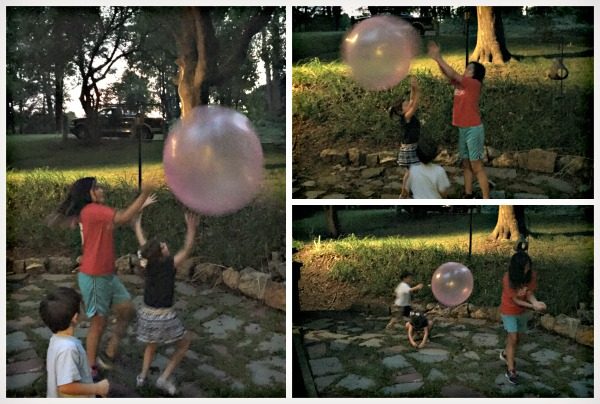 Getting everybody to stay still for a clear picture wasn’t happening. And then they started rescuing stranded worms.

Also fun: you can pretty much bean everybody with the ball without hurting them. I’m not saying to go out and do it. I’m just saying it’s great for getting aggression out 🙂 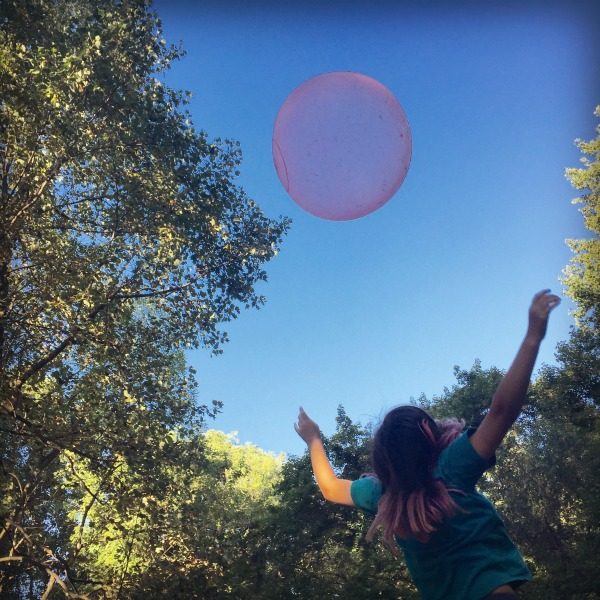 The Super Wubble Bubble Ball is available in green, blue, red and pink. You can buy online directly from wubbleball.com, on Amazon and Toys R Us (currently a bit cheaper, plus free shipping) along with the usual suspects like Target and Walmart.

And you can enter to win one here! Just follow the instructions below.

Make sure to click over to our 3D Coin Art American Flag review and enter that giveaway too.