This looks like a ton of fun and for the first time ever in my life I thought: I wish I was in Ohio this weekend. 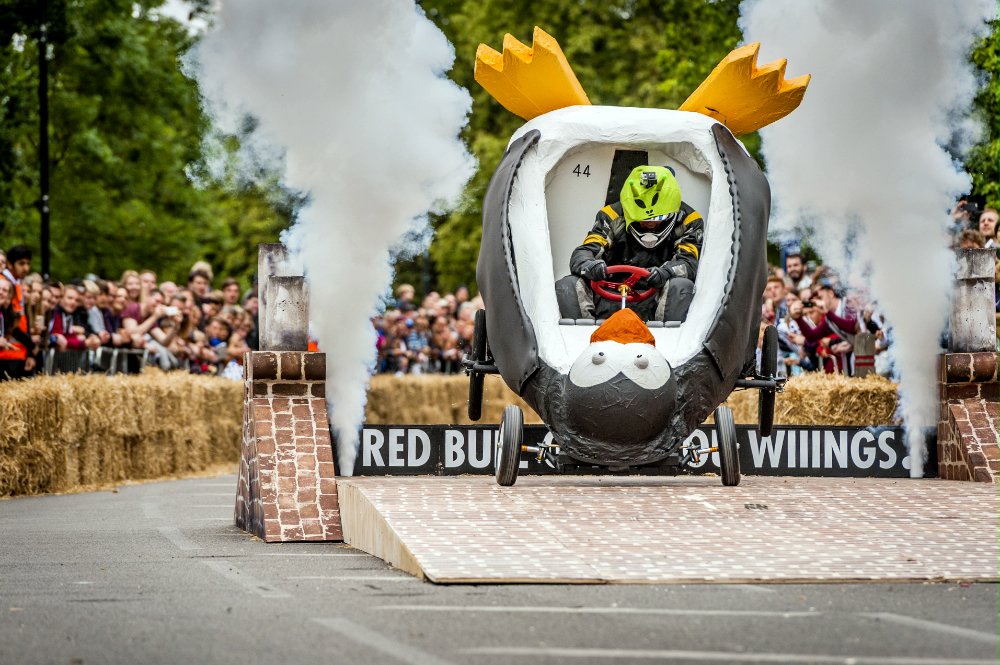 Thanks to Beverly Cleary and that episode of The Simpsons I knew soapbox derby was a thing; a thing I’d hoped my boys would get to be involved in when they hit the age for Boy Scouts. Turned out that barrelling downhill in a car of your own making is a thing they now discourage in our safety-obsessed world, along with using power tools, climbing trees and learning to ride a unicycle. You know, fun stuff.

Thank goodness for Red Bull, who stands behind the thrill-seeking soul and films incredible footage to spark the lust for adventure in the rest of us. (I can and often have spent a good hour going down the rabbit hole of Red Bull videos and wondering just what the heck I’m doing with my life.)

Saturday, August 29th (yes, that’s tomorrow), tens of thousands of spectators will witness 40 teams compete in the most outrageous Soapbox car race in the world. The Red Bull Soapbox Race takes place in Cincinatti and pits teams in their own handcrafted machines in a downhill race against time.

The first round of competition was through an online contest; each team submitted their original soapbox racer design and was selected based on creativity, technical feasibility, safety, and originality. Tomorrow, they will be judged by their speed, creativity and showmanship. Check it:


One of the 40 teams selected to compete is from Delaware! The Green Team has built an environmentally friendly racer using only recycled materials: recycled metals, scrap wood and bamboo. Best of luck to them and fingers crossed that they have a lean, mean green machine that dominates the course.

The Red Bull Soapbox Race begins at 1pm local time, with each team performing a 30-second skit before they run the course. I look forward to watching the footage of shenanigans and maybe nagging my boys to get started on a design of their own, for next year. 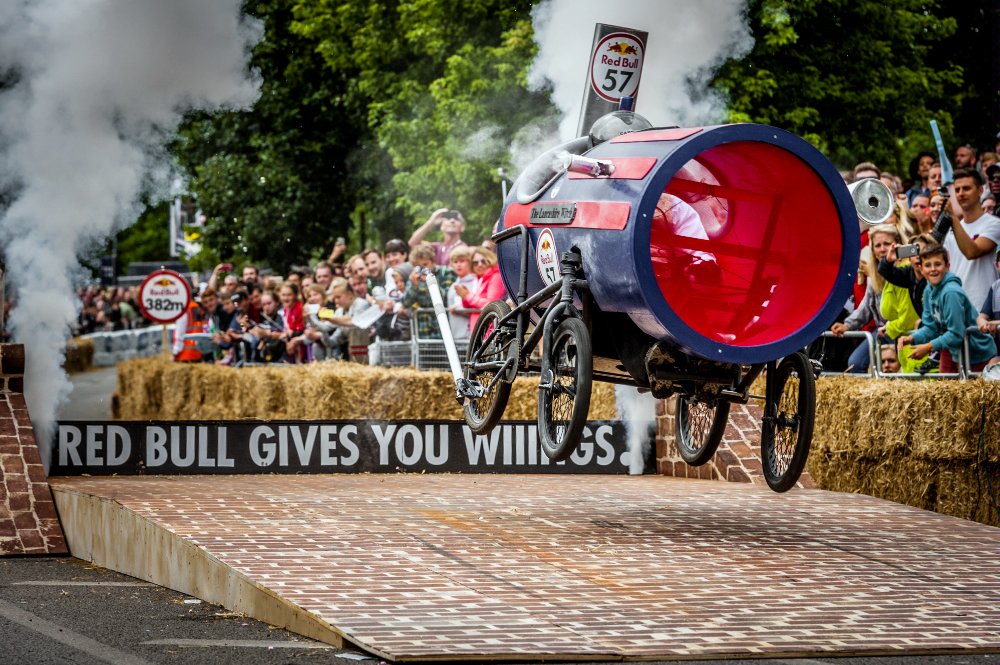 Photos from London’s soapbox race are courtesy of Red Bull and used with permission.