For one day only, you can see the inspiring BOSTON: An American Running Story in theaters.

In 2013 I was working for FitFluential, which meant that I had grown really familiar with the running community that’s active on social media and through their websites. Even though I was just barely a runner— I’m still NOT A RUNNER but I do run sometimes— they were welcoming, supportive, encouraging, motivating, inspiring.

When the tragedy happened at the finish line of the Boston Marathon that year, we all felt it. And when it came time to run again in 2014, we were all there remembering and overcoming, in person or in spirit. Because that’s what running is all about: finding hidden reserves of strength, supporting the community, overcoming obstacles to be better tomorrow than we are today. 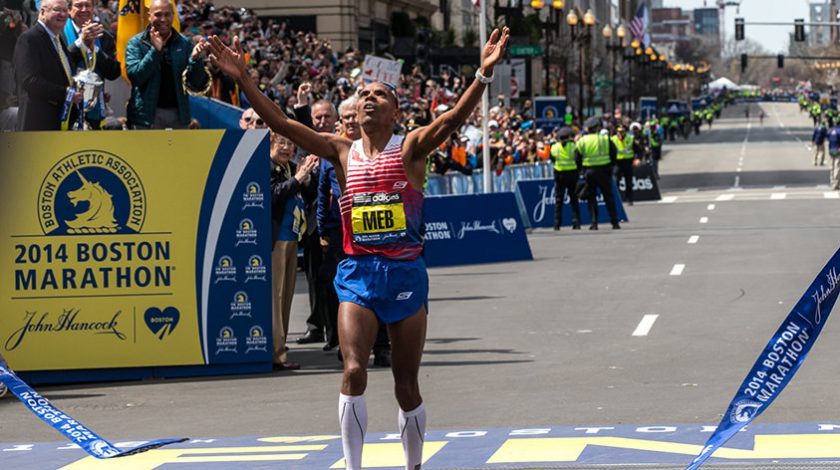 BOSTON: An American Running Story chronicles the preparations ahead of that race in 2014, the 118th running of the Boston Marathon. It also tells the tale of our country’s oldest marathon as it evolved from a 15-man race to the inspiration for runners of all stripes that it is today. (The first woman to officially run the Boston Marathon, Kathrine Switzer, ran it again this year: 50 years later and wearing the same bib number.)

The movie showing is a Fathom event, created in partnership with Runner’s World. One day only, it’s taking place locally at Regal Brandywine and Movies 10 in Newport on Wednesday, April 19th at 7:30pm.

Directed by filmmaker-marathoner Jon Dunham, the feature-length documentary features narration by Matt Damon and footage of the Boston Symphony Orchestra recording an original score composed by 4-time Emmy Award-winner Jeff Beal (House of Cards). A must-see if you’re a runner, love a runner, know a runner, think you might like to do a little running someday.

Tickets can be purchased online here.