Love holiday flavors but not the calories in those frapps and lattes? Get your seasonal fix at Smoothie King— or make holiday smoothies at home with these recipes. 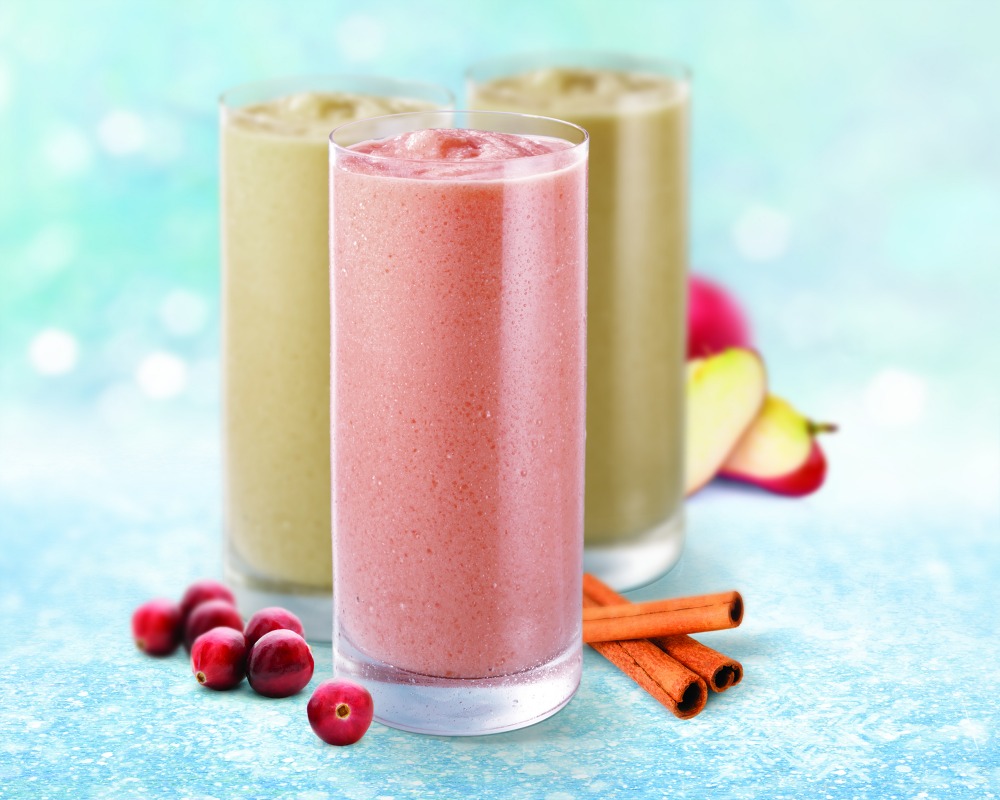 Yes, I totally took advantage of Starbuck’s BOGO offer on their holiday drinks over the weekend, and I totally felt guilty about it because I’ve been trying to lose a couple of pounds before the season’s eatings really get underway. Here’s an alternative I never knew existed: Smoothie King, which has over 900 locations worldwide, one of which is in Glen Mills.

If you’re up that way between November 14th and December 26th, you can give the Slim-N-Trim™ Cranberry, Activator® Gingerbread or Vegan Apple Cinnamon a try. These are all limited edition smoothies tailored to fit guests’ purposes: Slim, Fitness and Wellness, respectively.

The Slim-N-Trim™ Cranberry has 250 calories and 11 grams of protein; Activator® Gingerbread and Vegan Apple Cinnamon both have 390 calories. The Activator® Gingerbread packs a protein punch of 27 grams, while the Vegan Apple Cinnamon holds 10 grams of protein. (You can compare that to the 580 calorie drink that I may or may not have had two of in one day.)

In addition to satisfying your seasonal sweet tooth while helping you cut calories, these smoothies contain no gluten, no trans fat, no high fructose corn syrup, no hydrogenated oils, and no ingredients prohibited by any regulatory lists monitored by NSF. In fact, Smoothie King is so transparent they sent me DIY recipes so you can make these holiday smoothies at home!

I’m not saying I’m not still going to indulge in my favorite latte, but I’m definitely going to give these a try. Balance, people! I’m going for it this year.